At Lane Tech we believe Black Lives Matter. We strive to demonstrate kindness, empathy and respect in our actions. Therefore, we will commit to the important anti-racist equity work in our building to support staff, students and our community.

Throughout the month of February, we will be featuring Lane Tech Black Alumni who have contributed to the current Lane student body OR our greater community in a significant way! Mr. Louis Carr is a class of 1974 alumnus who was also a 1974 Track and Field Champion who broke the national record for the 4 X 400 with his teammates.  In the midst of his successful career as one of most most prominent men in media and advertisement as  President for Media Sales for BET, Mr. Carr still finds time to give back to the school community he once called his home. He contributes yearly to our  Black Student Association’s Historical Black Colleges and University Tours and has visited as a guest speaker to inspire our student body – courtesy of the Lane Tech Alumni Association.  Thank you for your contributions to our local and national communities, Mr. Carr! 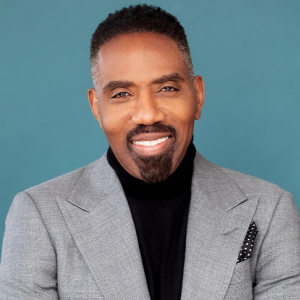 Louis Carr has been with BET Networks for 33 years, serving as the President of Media Sales for the last 17 years. During his tenure with the company, Carr has transformed the multicultural space for some of the biggest brands around the world. Carr is an undeniable proponent of black advancement. He founded the Louis Carr Internship Foundation 16 years ago dedicating his efforts to improving diversity in corporate America through paid internships. Since its inception, there have been 178 paid interns, all students of color, and 45 of whom have garnered full-time employment opportunities in the communications field.

Carr has authored two books, Dirty Little Secrets and Little Black Book: Daily Motivations for Business and Personal Growth, where he openly lays out his own blueprint to greatness covering much-needed topics like Leadership, Culture, Strategy, Vision, Success, and Diversity. Stimulated by the success of his book, in October 2017, Louis launched the 1st Blueprint Men’s Summit which included 20 world-renowned thought leaders, 300 attendees and 100 inner-city youth. This annual event, now approaching its 4th year, focuses on five pillars: money, health, career, entrepreneurship and relationships. The purpose of the gathering is to educate, empower and equip men with the knowledge to build better families and be leaders in their communities.

In 2019, Carr was recognized for his commitment to help others, Carr earned The International Radio and Television Society Mentorship Hall of Fame Award. Carr has also served on several boards including: Ad Council, The IRTS Foundation, American Advertising Federation (AAF), Boys Hope Girls Hope (BHGH). His current board posts include, The Video Advertising Bureau (VAB), The United States Track and Field Foundation (USATF), as well as his Board of Trustee seat at Chicago State University.

Mr. Carr attended Drake University on a full athletic scholarship and received a B.A. in Broadcast Journalism. He has been happily married for 33 years. For more information, visit iamlouiscarr.com or follow him on Facebook, Instagram and Twitter @iamlouiscarr and Louis Carr on LinkedIn.

You can also check out a recent interview conducted by Don Yaeger with with Mr. Carr here: Interview with Mr. Carr